Houlton, Maine – Chris Anderson, President of the F. A. Peabody Company announced that Derek Bosse has accepted the position of property and casualty sales agent for its central Aroostook offices in Presque Isle and Caribou. Derek will be working from the FAPCO Presque Isle office and will be mentored by senior agent and branch manager, Thomas Clowes, CIC. Under Mr. Clowes direction, Derek will learn all aspects of the property casualty industry including underwriting, claims, policy design and pricing for business and personal lines of insurance. Derek will be responsible for new business development as well as servicing existing business clients. His service territory will be central and northern Aroostook County.

Derek is a graduate of Madawaska High School and earned his Bachelor’s Degree in Business Management from the University of Maine at Fort Kent. He was a previous sales leader for Channel X radio where he honed his sales discipline. Chris Anderson, President of F. A. Peabody stated, “Derek will thrive in our consultative sales environment. Helping people make the right choices regarding their insurance is one of Derek’s strengths and it is also what our agency strives for”

Derek is excited about his new association with the F. A. Peabody Company and meeting their client’s insurance requirements. Derek resides in Caribou and is engaged to be married to Kayla Thibodeau in August of this year. 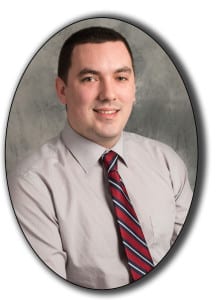